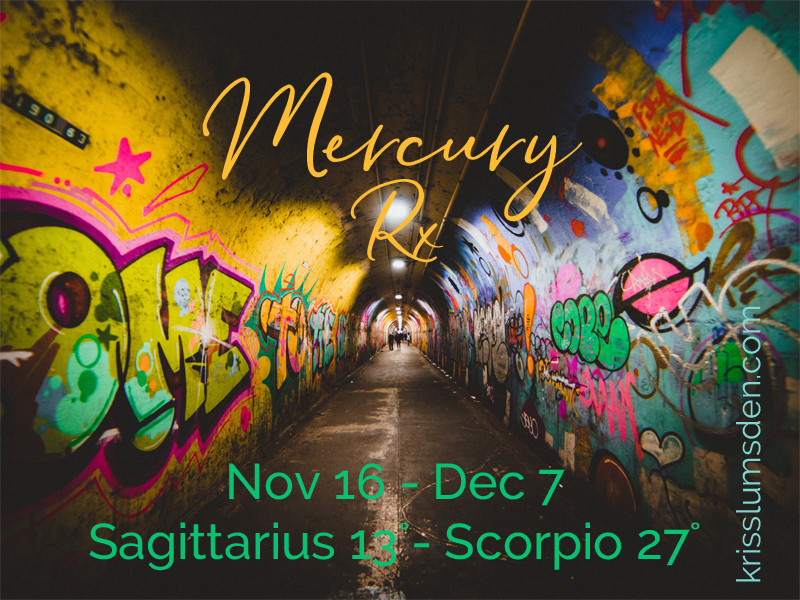 Mercury (Roman and Hermes is the Greek eqivalent) is the messenger of the Gods. In mythology, there was Zeus (also known as Jupiter) and his crew hanging out on Mount Olympus and then there was Hades (Pluto) in the underworld. Hermes(also known as Mercury) traveled freely across thresholds of the three worlds: underworld, middleworld, and Olympus.  He carried messages between these worlds and enabled their inhabitants to communicate with one another. Mercury, was one of Jupiter’s favorites, He was considered the most entertaining, the most shrewd and the most resourceful god.  When Jupiter tired of Olympus, he chose Mercury to accompany him on forays to Earth, both disguised as mortals so they could trick the unsuspecting.

The planet Mercury never actually goes backwards. Think of when you are a passenger in a fast car and you pass another car. The other car appears to be going backwards, but it really is just slower. That is what is happening to the planet Mercury in relation to the Earth. Applying the mythology to it, a Mercury retrograde is when Hermes delivers and retrieves messages from  the underworld.

So, during a Mercury retrograde, you will be getting messages from your subconscious. Retrieving lost information, if you will. It is always in the area that it is affecting your chart. Look to the house/s that it is in during the retrograde. The communication that you get is always a bit of information that you require in order to move forward. Moving backward in order to move forward.

Remember, Mercury is a bit of a trickster. He disguised himself with Zeus to trick other mortals and gods to  get a result. He will disguise himself in order to get you to hear your message loud and clear. You are too busy living your ‘outer life’ to pay attention to your ‘inner life’? How about a computer crash, a travel plan snafu, a misdirected email, or a misunderstood text? These are some of the many ways that Mercury is asking you to pay attention to your inner life, particularly in the house that he is passing through. And don’t be surprised if he tricks you further into any delusion you have so that you will REALLY see the error of your ways!

For this current retrograde going from Sagittarius to Scorpio, look for insight into your BIG PICTURE and then any FEARS that come up with it.

Sagittarius, along with Jupiter, want you to see just how big that dream can be. Scorpio will let you see what is deep in your subconscious that is blocking that dream from becoming a reality. 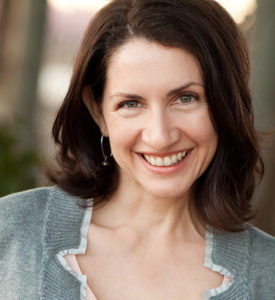 “5 out of 5 stars
I can’t say enough great things about this planner!! The care and planning put into it are so evident and the information is amazing! Definitely spring for the natal charts, they are so worth it!! I love how this planner incorporates the moon, astrology and tarot, and there’s tons of journaling prompts. It’s seriously the best planner I’ve ever come across!!” 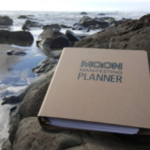